We Are Social’s Monday Mashup #412

Facebook Watch Goes Global
What time is it? Time for Facebook Watch to go global! After launching in the US last year, Facebook’s long-form video hub has now rolled out worldwide. According to Facebook, each month 50 million people in the US come to watch videos for at least a minute in Watch. It’s hoping to replicate this success elsewhere (or everywhere!) with its socially-led take on TV. And as if Facebook wasn’t rolling in enough $$$ already, there will be more opportunities for advertisers to get involved too.

Facebook Tests Links in Stories
In the next instalment of Facebook’s flogging of a dead horse, the platform is now testing links in its Stories feature. Will this finally make people use them? Probably not! But top marks for effort, guys. 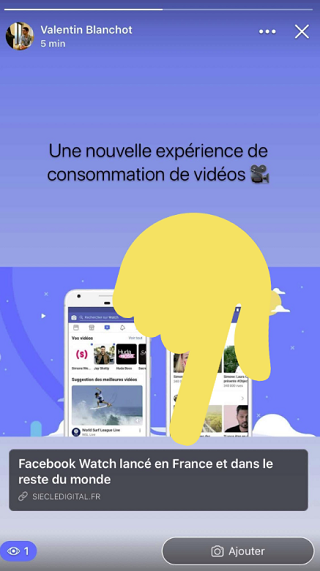 Facebook Looks to Push Marketplace to Ad Buyers
Facebook is looking to get more inventory from big brands in order to improve Marketplace’s perception and make it more appealing to ad buyers. The platform has announced that it will partner with ecommerce company Shopify to allow the 600,000 merchants on its platform, with brands such as Rebecca Minkoff, Kylie Cosmetics and Nestle, to sell their products on Marketplace. Facebook has recently brought more businesses onto Marketplace in categories like home rentals, auto and home services, and has started taking applications from retailers that want to sell on Marketplace.

Instagram Makes Security and Verification Updates
If you think you’re pretty hot stuff on Instagram, you can now ask for an official seal (or tick) to prove it. As part of a host of updates to the platform, users who are a ‘notable public figure, celebrity, global brand or entity’ can request verification in a few simple steps. The other, less headline-worthy updates are focused primarily on security and transparency. The new “About This Account” section will give users more information that they can use when evaluating the legitimacy of an account. Finally, the platform is adding support for third-party authenticator apps that provide more robust methods of two-factor authentication.

Snapchat Grows Amongst Young Users
Some positive news for Snapchat. New reports show that while overall users of the platform are declining, the platform will continue to add users ages 12 to 17, and Facebook will continue to lose users in the same category. The reports predict that by 2022, Snapchat will have gained an additional 1.2 million young new users, and Facebook will have lost 2.2 million. And despite the popular belief that Instagram Stories has been the death of Snapchat, the report states that Snapchat has been “more popular than Instagram among US teens for years” and will remain dominant until 2022. Well, how about that.

Snapchat Replicates Boomerang with Bounce Feature
Snapchat is taking a leaf out of Instagram’s book with the launch of Bounce, a new video feature. If you want a demo but you’re not on Snapchat, just open up Instagram and take a look at Boomerang, as it’s essentially the same thing. 9/10 for execution, 0/10 for originality, Snapchat.

Twitter makes ‘Issue Ads’ more Transparent
Twitter wants to make ads more transparent on the platform. It’s now rolled out a policy around the broader category of “issue ads”, which are defined as “Ads that refer to an election or a clearly identified candidate, or ads that advocate for legislative issues of national importance”. Advertisers wishing to run paid-for content in these areas will now have to apply for certification via a verification process, and the ads will be clearly labelled as such in the timeline. Users will be able to click through from the content and learn more about the advertiser and they will also be included in Twitter’s Ads Transparency center.

Twitter Tests Unfollow Suggestions
A weird one from Twitter – the platform has been testing suggestions of who you might like to unfollow, based on who you engage with regularly. Unsurprisingly, it doesn’t seem to have gone down particularly well and the test has now concluded. Seems unlikely it will surface again as a key platform feature.

YouTube Launches Fundraising Tools for Non-Profits
YouTube is helping non-profits tap up their followers for donations. Eagle-eyed viewers will spot the beta version of the “YouTube Giving” suite on select non-profit channels. The new Fundraisers tool embeds a fundraising campaign with a visible Donate button right next to creators’ videos and live broadcasts and in the beta period, YouTube will even cover 100 percent of all donations’ transaction fees. 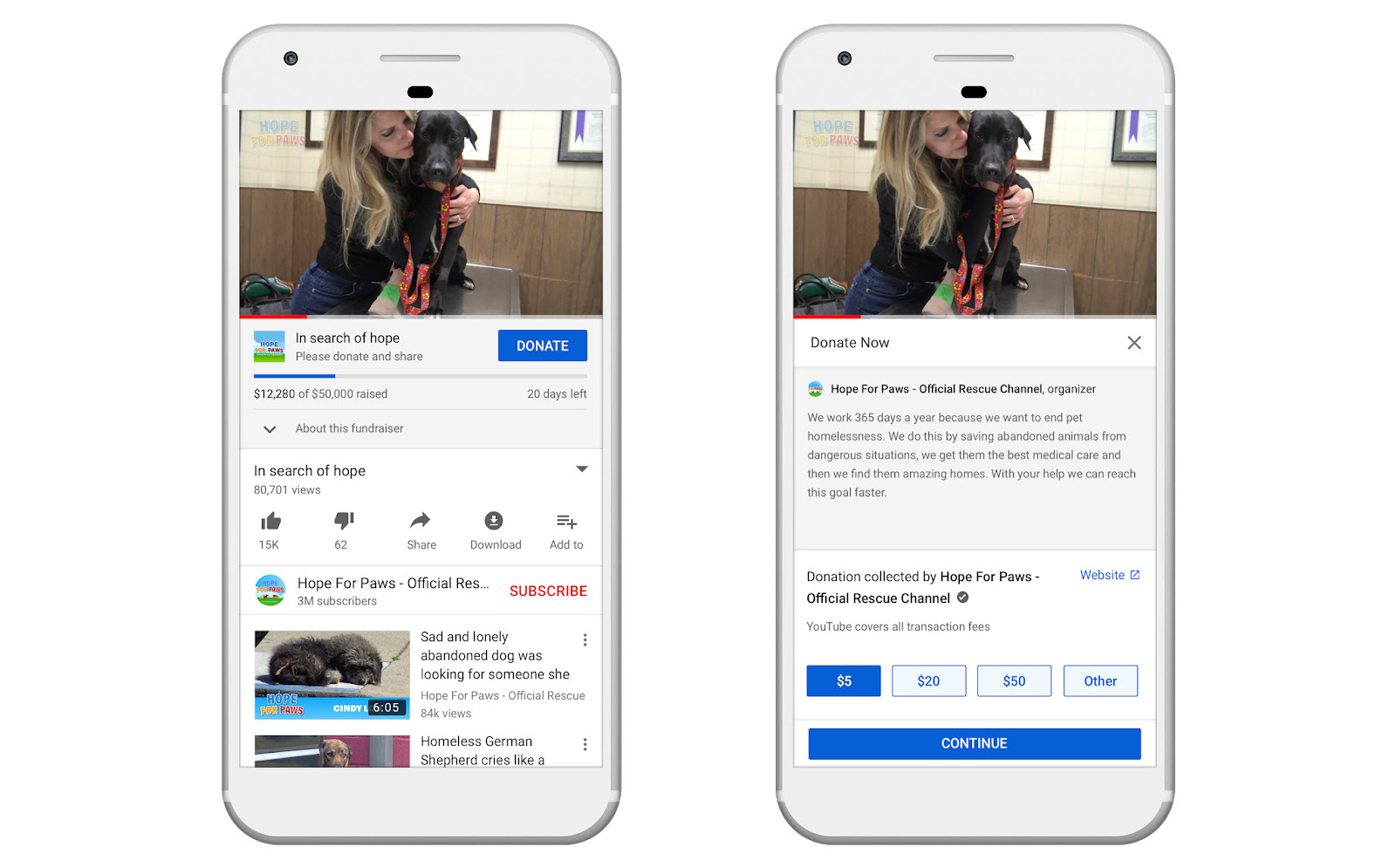 GIPHY launches VR Gif Creation App GIPHY World
Love Gifs? Love hallucinating? GIPHY World is for you! It’s so weird and wonderful that words don’t really seem to do it justice, so instead I would encourage you to watch the trailer below, and jump right in.

Adidas Turns to Snapchat for Pre-Release Campaign
Adidas used Snapchat to pre-release its new Falcon W shoe earlier this month – and it sold out in just six hours. The shoe appeared on a Snapchat show called Fashion 5 Ways and customers tuning in could swipe up to buy the Falcon W through a Shopify-powered experience. 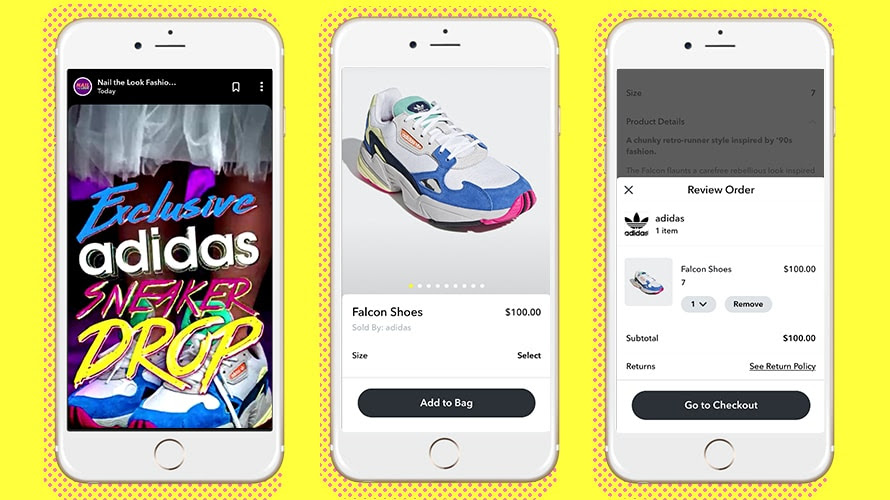